Committing to a real estate lease is a huge responsibility and financial transaction. At the start, you may be confident in your capability to make payments on time. You might think you’ll be stationed there for a long time. Hence, you would want to find a home to make your own.

However, military orders can suddenly force you to get deployed. Your deployment orders can prompt you to leave the city or even the country with short notice. You might also get a written statement that you’ll have a permanent change of station for one reason or another.

If you’re in active duty service, you might wonder if you can cancel your lease early. Will you be subject to early termination charges? A typical contract of lease details the implications of terminating the lease early, which usually comes in the form of extra costs.

For a landlord, the termination of a lease can be costly because of readying the unit for re-rental and finding a replacement tenant. But the law may require landlords to allow active duty military personnel to cancel their lease even with short notice.

This right to terminate is only under certain circumstances, including deployment orders of more than 90 days or a permanent change of station (PCS). In order words, the move should be required by their military service duties.

The SCRA is a powerful and unique law that allows lease contracts to be altered across the country. This law can affect civil procedures in various states, federal courts, and administrative agencies. Military tenants can only use this law if their lease is in the continental United States.

For a servicemember to terminate their lease under the SCRA, their name must be stipulated on the lease. The property shouldn’t be solely under their spouse’s or other family member’s name. They must provide written notice and give their landlord a copy of their orders. The necessary documents can be procured from their military base.

These documents should be submitted in written format and are not recognized if done through oral notification only. Once the necessary documents are received and acknowledged by your landlord, the landlord is bound by law not to charge a termination fee or a penalty for ending the contract early.

On the other hand, taxes and other obligations as stated in the agreement, which may include cleaning fee, pet fee, or recovery of damages out of the deposit, must be paid upon termination of the contract. In short, while the servicemember may not be obliged to make the next rental payment, you may have to pay other fees detailed in your agreement.

The effective termination date would depend on the rental type. If your contract has a month-to-month rental agreement, the termination is recognized 30 days after the first date on which the next rental payment is due. This is provided that the landlord has been officially notified of the situation.

Given this arrangement, the landlord would have more than thirty days to fill the rental unit. Considering this, if a be notifies their landlord on August 6, the effective termination date would be October 1.

Who qualifies as active duty service members under this law?

The servicemembers civil relief act protects select military personnel only. This means not all servicemembers can terminate their contract without financial implications. Active duty personnel includes military members who are called to active duty. In short, only those who have to move because of their military clause are protected by the SCRA.

For military reservists or members of the National Guard, this law only applies when they receive a mobilization order from the President that calls them to active duty. It does not cover situations where the call-up is by a Governor (although the state may have passed its own law to extend protections to call-ups by the Governor. SCRA protections cover military servicemembers on active duty, not just limited to those deployed in a war zone.

The National Guard and reservists’ two weeks spent for their annual training are recognized as active duty. Inactive duty for training or weekend drills is not covered by the Servicemembers civil relief act.

Under what circumstances can service members terminate a lease under SCRA?

The SCRA waiver isn’t just limited to military personnel called to active duty. The law authorizes service members whose lease was executed before their military service. This is primarily because once you enter active duty, there’s a good chance you might have to move.

This law also recognizes the death of a servicemember. The Veteran’s Benefits Act of 2018 allows spouses of a service member to terminate a lease early in case their spouse dies “while in military service or while performing National Guard duty, active Guard and reserve duty, or inactive duty training.” The surviving spouse must then provide their tenant with a written notice. While the law does not require it, it would help if the surviving spouse could show the servic member’s death certificate or military casualty report.

The SCRA also protects service members who suffered a catastrophic illness or injury while on active duty or performing full-time National Guard duty, active Guard and Reserve duty, or inactive duty training. Under this circumstance, the spouse of the military tenant is allowed to terminate the lease a year after the start of the disease or injury.

Because of the COVID-19 pandemic, the SCRA was amended to authorize service members to lease termination when that person signs a lease. The expectation is that they’d have to move because of PCS or deployment orders. However, the Secretary of Defense issued a Stop Movement order that prevented military personnel from traveling. In this scenario, the lease termination applies once the required notice is received.

Can the landlord verify your military orders?

To terminate the lease requires some financial sacrifice on the tenant’s part. Under the law, landlords can verify your PCS orders if they have any doubts. Unfortunately, there have been military unit members who have used the SCRA as a means to escape residential lease obligations. Some people have issued fake military orders because they don’t want to have to pay rent.

The written notice should be printed on a unit letterhead at the top and contain a contact number at the bottom for the landlord to verify if the order is legitimate. The landlord can also refer to the base directory and switchboard on the installation to obtain the contact information of the personnel in charge of the order.

What if the tenants don’t vacate the area?

The SCRA doesn’t require tenants to physically vacate the property. If a servicemember is called to active duty and their spouse is left in the continental United States, that spouse may choose to rent a different property in the area if they choose to do so. While a landlord may find it irritating that the military family terminates their lease early only to move down the street, no legal action can be taken against the military member or their family. This is as long as the SCRA rights and due processes are observed and legitimate. Landlords should be very familiar with the SCRA before proceeding with any eviction, lock-out, or similar interference with a tenant’s enjoyment of the property.

This military clause may be a nuisance for landlords and property owners who rely on their houses or apartments for cash flow. Still, the law has made it clear that select military personnel are exempted from certain obligations.

Given the impact of this termination clause, it is only fitting that military personnel and their spouses (as well as landlords) conduct due diligence and ensure that they follow the law. Fortunately, servicemembers can get legal assistance from their military base and procure all the documentation to secure their rights.

A military service certificate, known by many other names such as nonmilitary affidavit or active duty verification, is essential to military members despite their active or inactive status. It also protects any active service member from being pursued legally while serving their country. You may need a military affidavit for a number of reasons. A…

The SCRA or Servicemembers Civil Relief Act is a federal law that first and foremost protects military personnel who are on active duty military service from persecution in legal or financial matters while they are deployed. This benefit unique to servicemembers also offers an interest rate of 6%, with a recent interest rate reduction of…

The max age in military enlistment varies from branch to branch, but it is usually between 28-35. Anyone enlisting must meet the max age limit based on the particular branch they are joining. Maximum military age should not be confused with minimum age requirements, which generally range between 17 and 18, depending upon the permission… 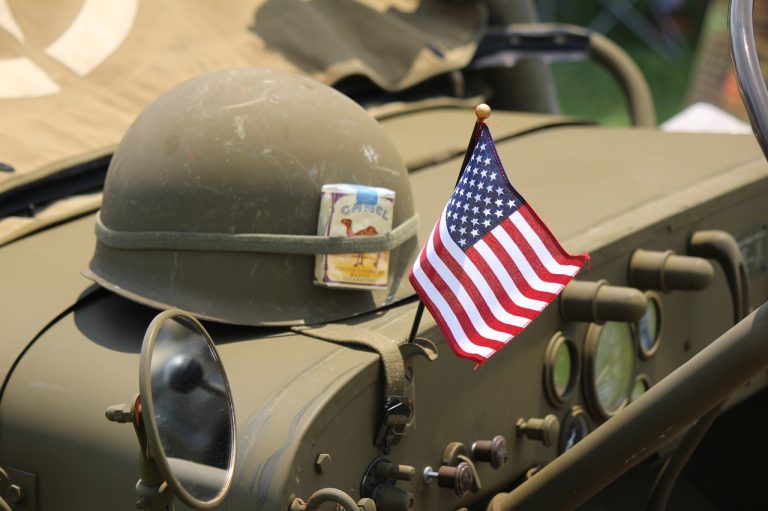